"Starting from ground zero...." is where we were in 1995. Ground zero means that the partner districts had almost no science being taught in the k-3 classrooms, very little in the 4-6 level, and some very didactic science teaching in the 7-8 level. The original goals of our LSC team were set by staff at Montclair State University as well as in the partner districts. The goals were to:

We had this grand vision of teachers with inquiry-centered classrooms and principals supporting science programs, and teachers teaching other teachers, and superintendents helping because the results made them look so good. ...

Reality: A standardized state test that encourages inquiry-oriented instruction....How can this be? 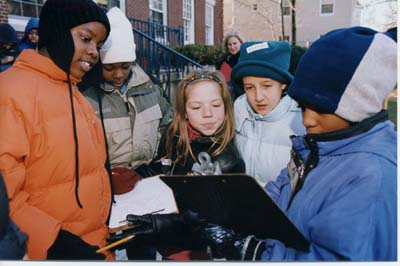 Suggestions for projects starting out; or, how we might have done things differently

Questions for other project's staff to reply to

THIS POSTER WAS PREPARED BY:
Jacalyn Willis of the Great Ideas in Science project.